recycling when your waste service doesn't offer pick up

The average, ordinary dumpster doesn't look like much at first glance. So it's hard to believe that such an unassuming container has a rich and rather interesting history behind its existence. The following tells the brief yet interesting tale of how the ubiquitous dumpster came to be.

Before There Were Dumpsters...

Before the dumpster was invented, there was no catch-all solution for collecting garbage in one place. In major cities, most people put their garbage in a wide variety of small receptacles that had to be dumped by hand. If there was a lot of garbage that needed to be picked up, it often sat in large piles before being collected by an assortment of garbage trucks ranging widely in size and capacity.

Needless to say, there was no convenient way of storing or collecting garbage on a large scale until the advent of the dumpster.

After spending several years working on the Panama Canal project, George Roby Dempster and his brothers John and Thomas formed the Dempster Brothers Construction Company. The company initially specialized in building highways, dams and railroads throughout the southeastern United States and by 1922 had a total of 26 shovels working on various construction projects. The company was later known as Dempster Brothers, Inc., after the firm was forced into bankruptcy at the onset of the Great Depression.

George Dempster recognized the need for a convenient way of storing solid waste, especially on the company's construction sites. In 1935, Dempster came up with the Dempster-Dumpster, the first large portable garbage bin of its type. The first variations of the Dempster-Dumpster were designed to be hoisted on a lift fitted on the back of a truck. The truck would then deliver the container to the nearest dumping point (or a larger garbage truck, in many cases) where it could empty the contents of the dumpster.

The Dempster-Dumpster quickly took off in popularity thanks to its convenience and cost effectiveness. In fact, it became so popular that the word "dumpster" became a catch-all for almost any large garbage bin. The company itself would go on to not only supply the U.S. Navy and other organizations with their dumpsters, but also other types of equipment including hydraulic crushers and pontoons.

In addition to the Dempster-Dumpster's rear-mounted hoist system, the company was also responsible for creating variations of its dumpster technology. Starting in the 1950s, Dempster Brothers introduced the Dumpmaster system, which utilized a revised container that accommodated front-loading garbage trucks. This made it possible for trucks, especially those with compactor bodies, to make multiple stops before heading back to the nearest dumping point.

Roll-off containers also became a popular way of temporarily storing and disposing of garbage and debris. The first roll-off container systems came about during the 1950s. As WasteAdvantage notes, these types of containers were highly popular with the scrap metal industry, which needed a fast and effective way of moving and storing material.

Even Dempster came up with its own variation of the roll-off dumpster. Instead of using a cable hoist to pull the dumpster onto the truck, Dempster's Dinosaur utilized a series of teeth in between the rails. A series of ratcheting hooks would grab and drag the container onto the rail. The system's double-acting cylinder also allowed the Dinosaur to push the container onto docks at frame level without relying on gravity.

Today, dumpsters come in a wide variety of forms, from small front-loading dumpsters commonly found at restaurants to large roll-off dumpsters that feature their own compacting system. All of these dumpsters owe their thanks largely to the Dempster-Dumpster of the 1930s.

If you're looking to rent a dumpster, talk to a company like ESP Dumpsters & Waste Services for more information. 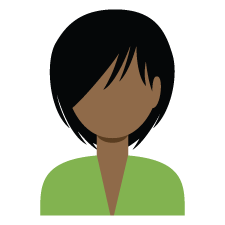 Does the company that picks your garbage up offer a recycling program? If not, it is important that you learn all about what you can do to keep recyclable items out of the local landfills. Unfortunately, not every area is offered recycling by the garbage companies that pick up their waste. Thankfully, there are many outside programs that will take your recyclables and send them to the proper centers for it all to be made into something new or transformed into a source of energy that will be used to heat your home, light up the city and so much more.